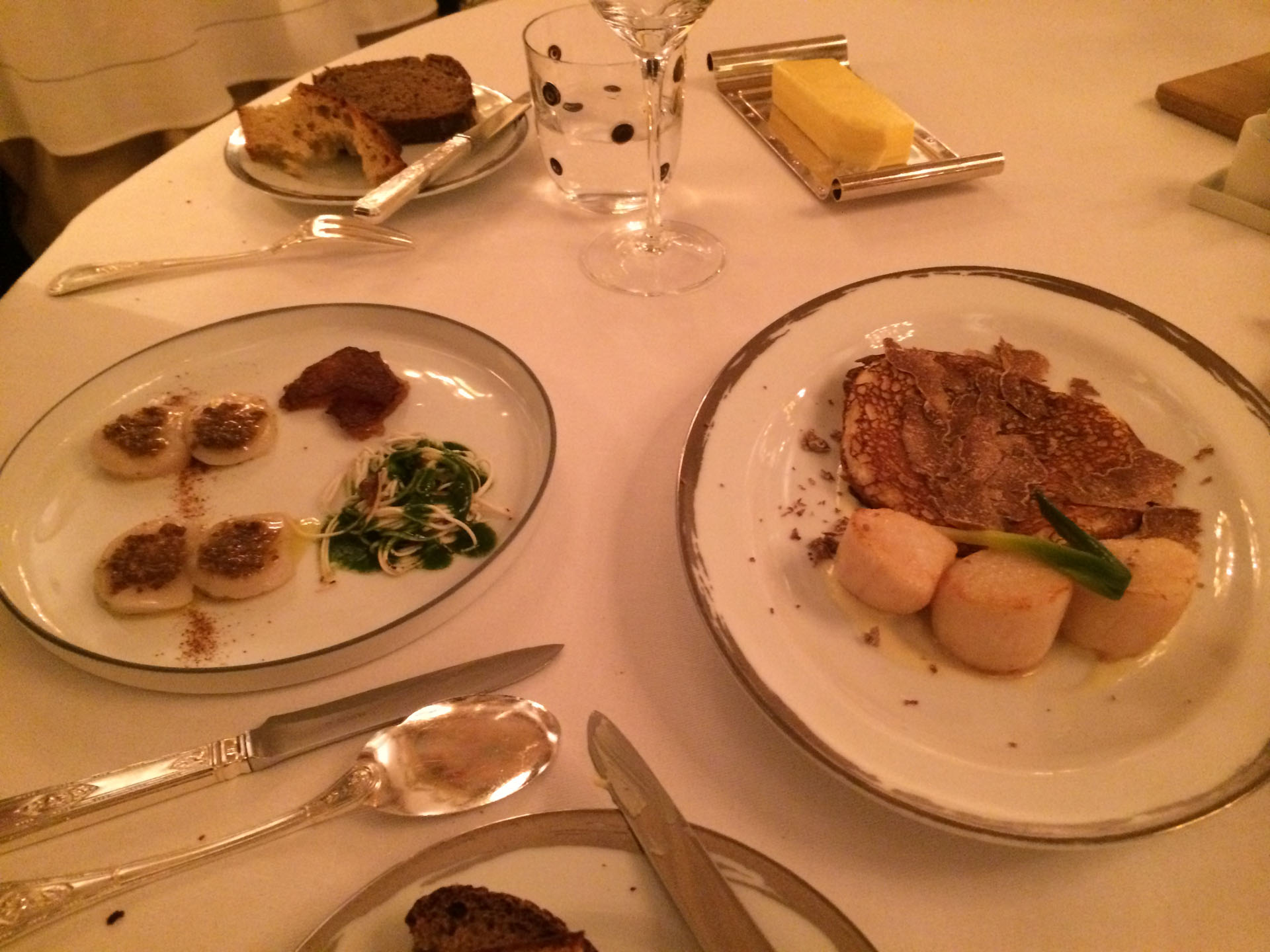 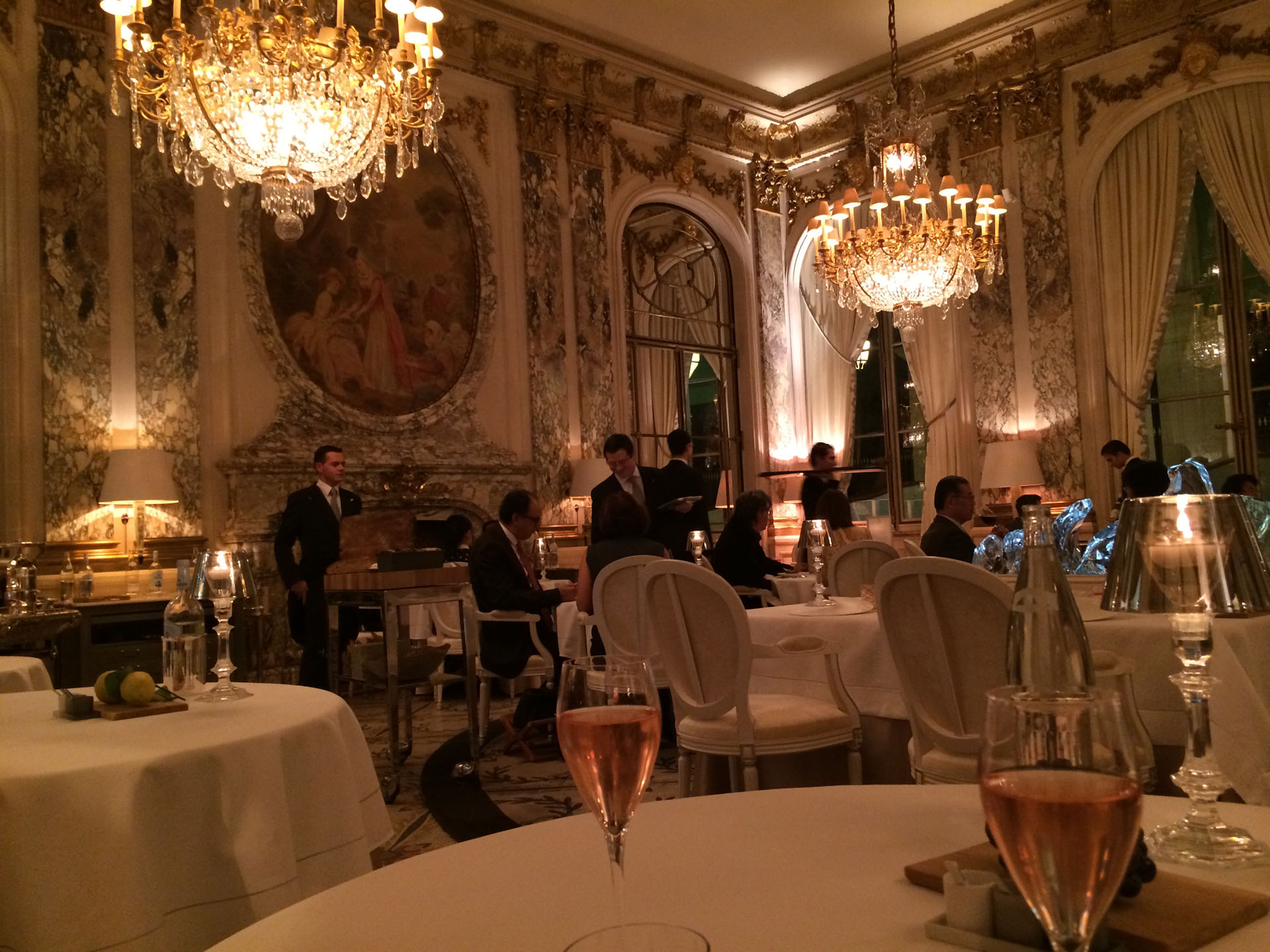 In December, I had the pleasure of vacationing in Salzburg and Paris and I’ve done a few posts on some spots in Salzburg that I’ve visited. Since I have been posting quite a bit of recipes, I would like to throw in something different and highlight more of my trip in Paris. In this post, I’m going to highlight Le Meurice, an Alain Ducasse Restaurant. Like everything in Paris, things tend to be grandiose and opulent. Your first impression is of the dining room. It looks like you’ve been transported to a grand ballroom from the Baroque period. I just imagine myself in one of those gowns with a fan waiting to be escorted on to the dance floor for a waltz:) OK maybe not that extreme. Everything about the place is super romantic. The servers move to a rhythm like they are in the ballet. The art and sculptures in the room provides you something new to look at with every turn of the eye. Here are some pics I took with my crappy camera phone it won’t do it any justice but at least it will give you a sense of the space. 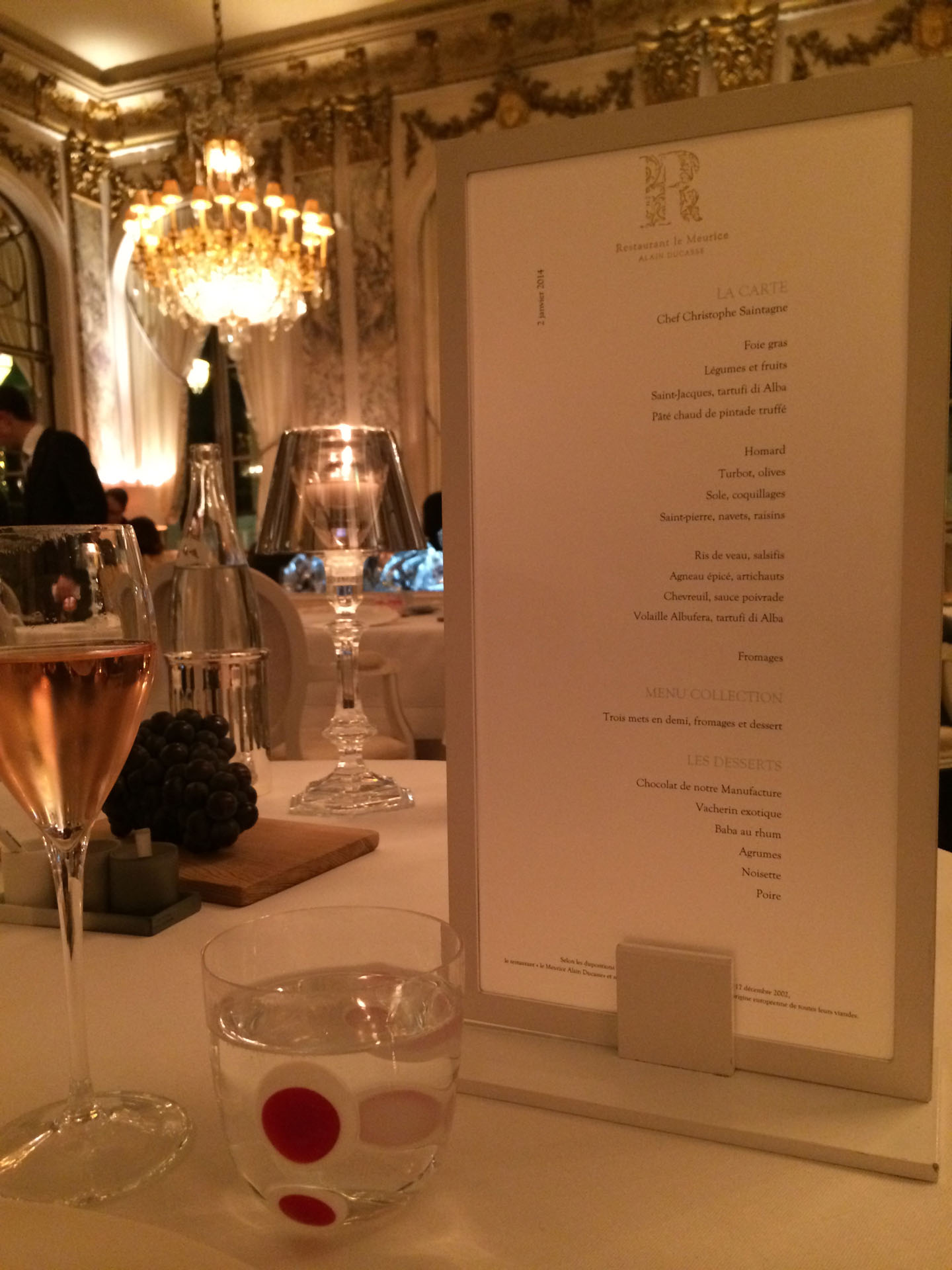 Here are a few snaps I took during the evening of things I felt somewhat stood out to me from this dining experience.

The bread cart! The giant slab of bread made quite the entrance. While the giant bread looked impressive it didn’t really taste all that impressive. The bread selection itself was decent but nothing memorable. French Laundry’s bread basket is something I dream about versus this cart after one taste made me want to pass on a second serving.

The second item that was notable was the amuse bouche. Presentation here again is grand but lacking in flavor. They steamed root vegetables in a cast iron pot with sea salt crust and then provided a dip for it. Perhapes I should preface that Le Meurice focuses less on being overly complicated with it’s presentation of food and the preparation of it. They want the natural flavors to come through more and thus is not as modern and avant garde than some other notable restaurants. I’ve personally had far more exciting amuse bouches at the various restaurants in SF than this particular one.

The other memorable dish was the Foie Ravioli served in a Duck Consomme with Spinach which I didn’t get a chance to take a photo of because I was too busy devouring it. 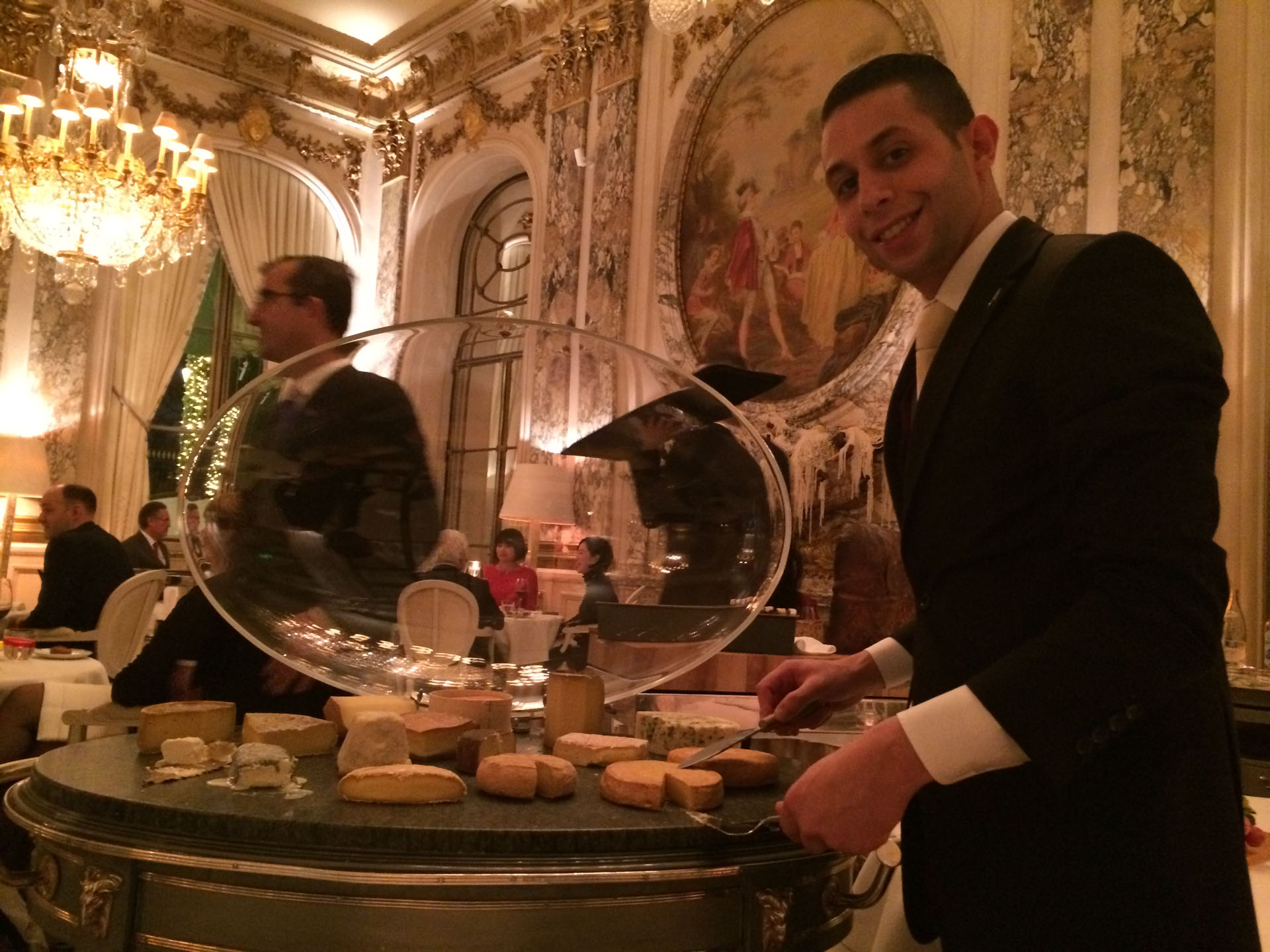 And course the cheese carts are always a highlight for me. I’m a huge fan of the stinky goeey soft cheeses that melt as you spread them on bread. 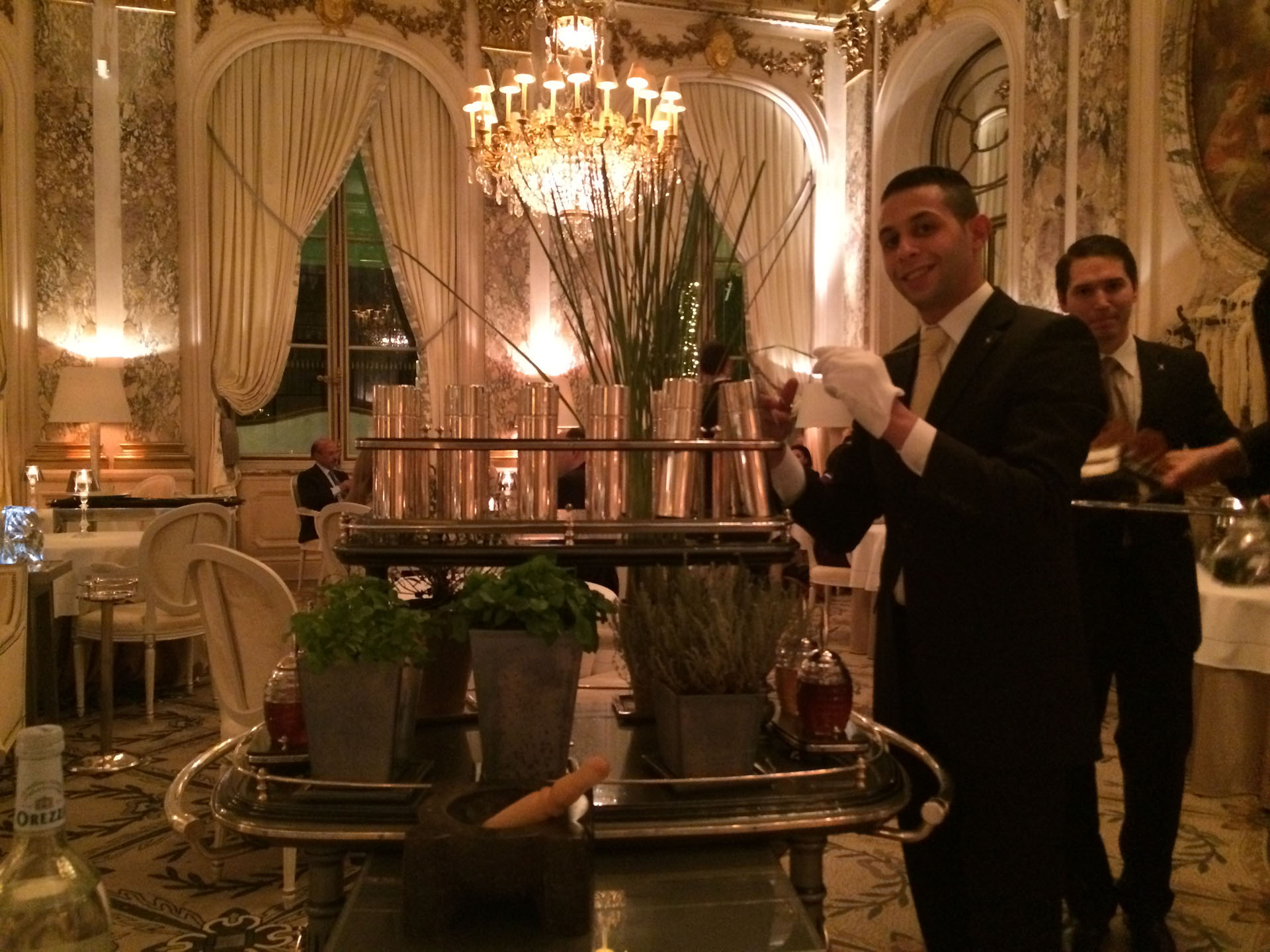 But my absolute favorite part of the meal was the tea service. Now this is something I’ve never seen before. Talk about “fresh” tea. This tea cart had potted herbs which looked like a living garden being pushed around. I was thrilled by the options. You can custom create any sort of tea blend you want using the fresh herbs and tea leaves they had. They had fresh mint, spearmint, verbena, rosemary, etc. I chose verbena and mint. They then snipped fresh verbena and mint off the plants placed them in a mortar and pestle and crushed it a bit to release the aroma and oils. Then scraped them into the glass tea pot and served me my fresh pot of tea. 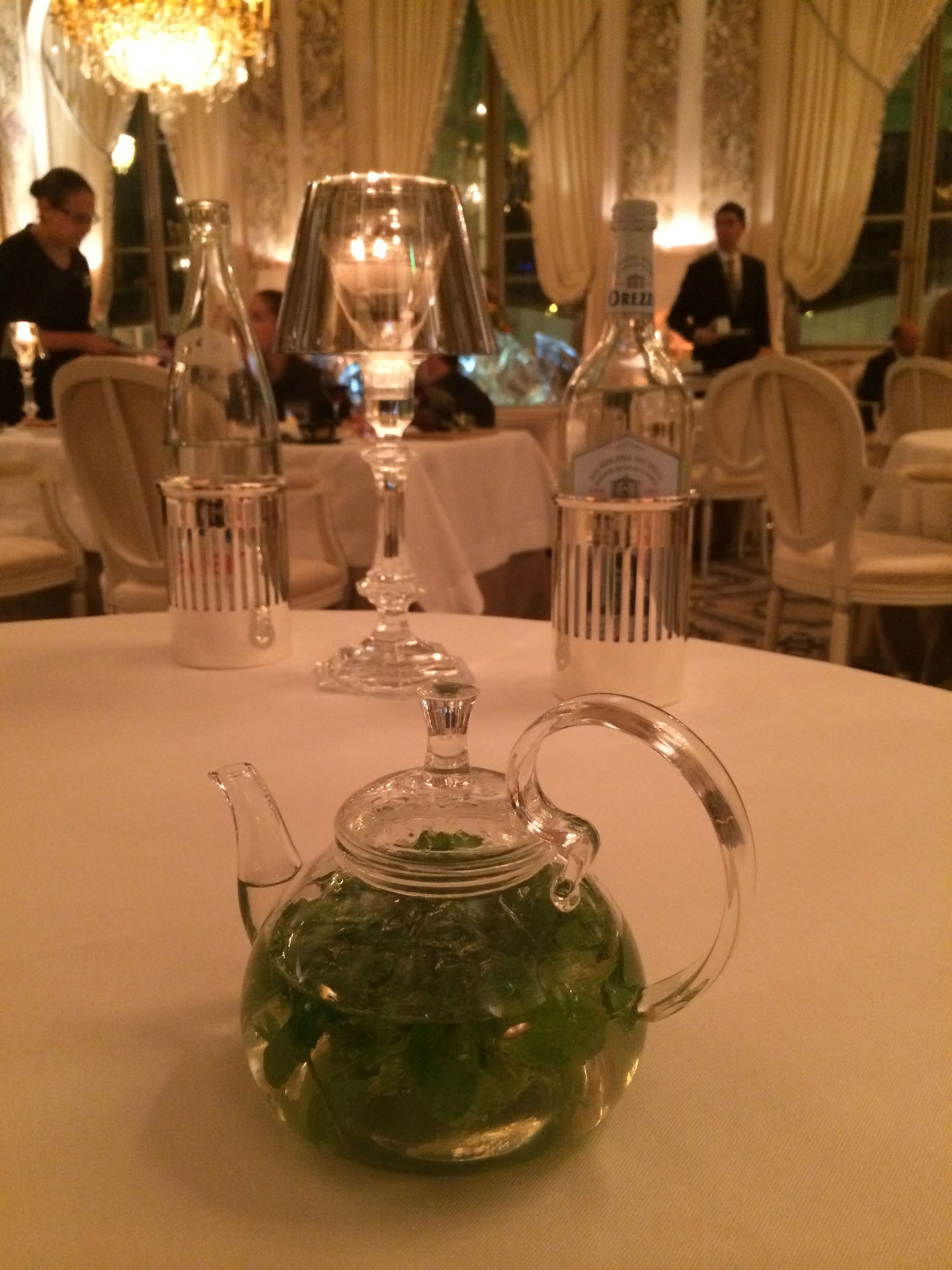 Absolutely divine! By far one of the best experiences I had in Paris along with a few others which I will highlight in other posts. 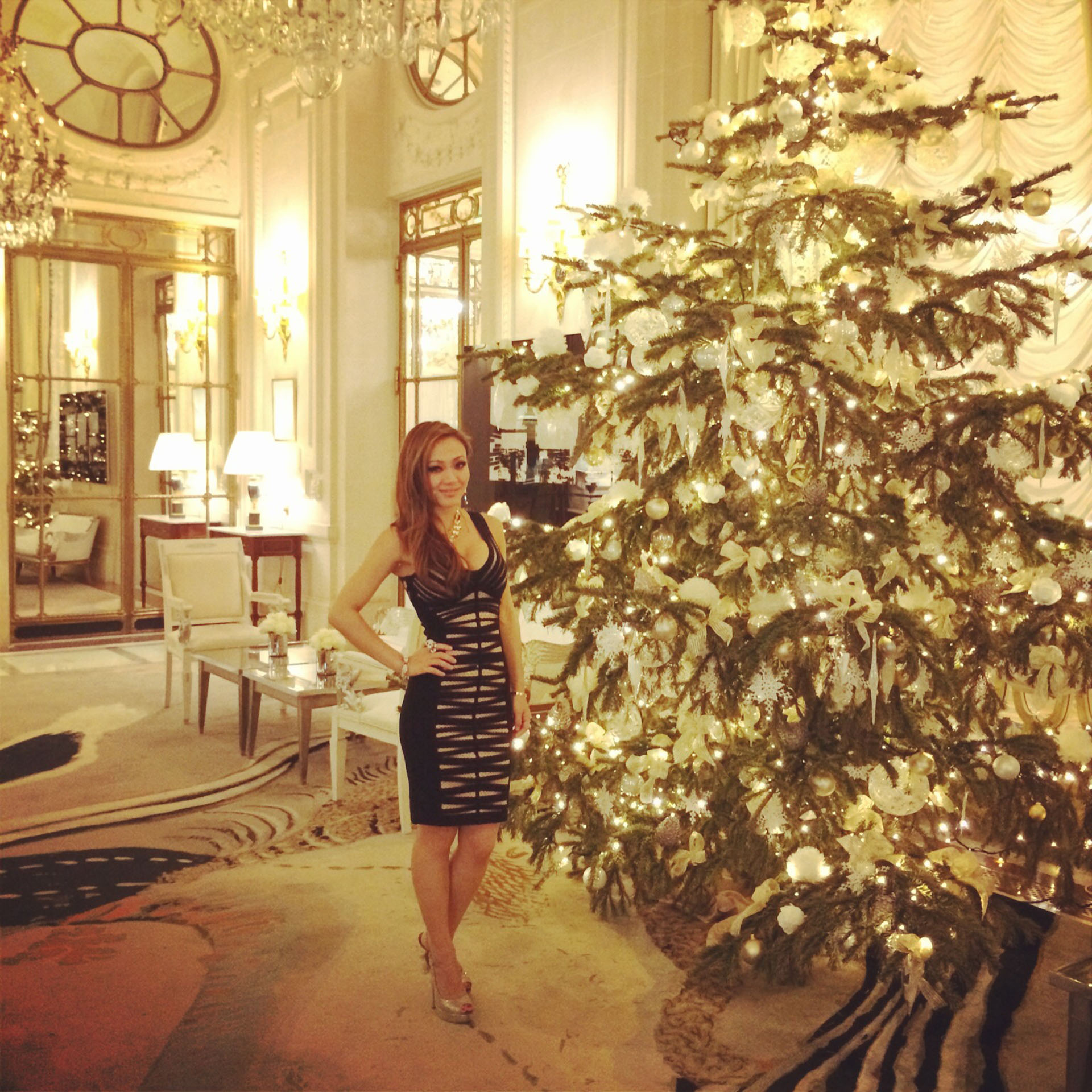 The lobby of Le Meurice all decked out in Christmas decor. 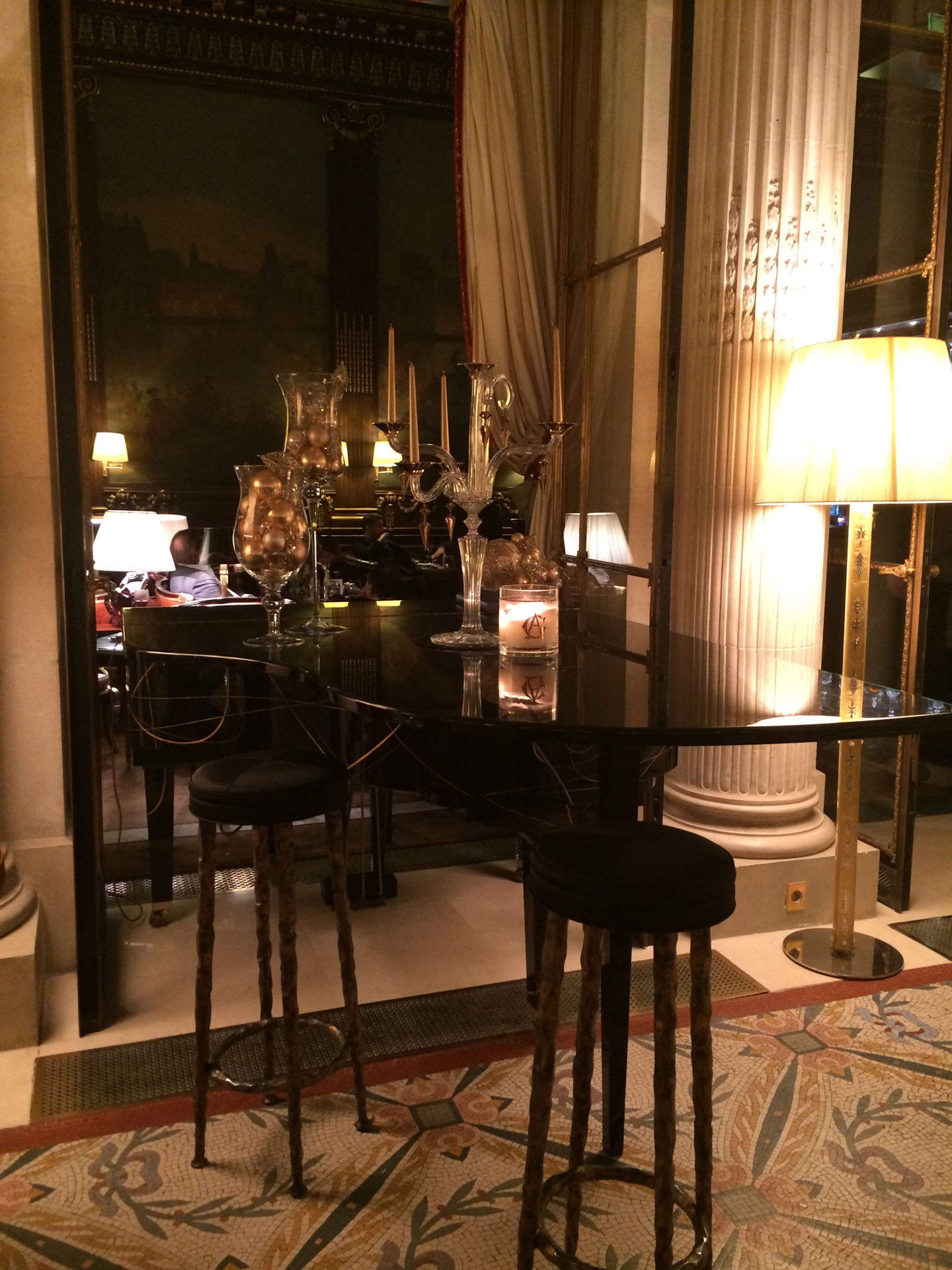 The piano bar in the lobby of Le Meurice 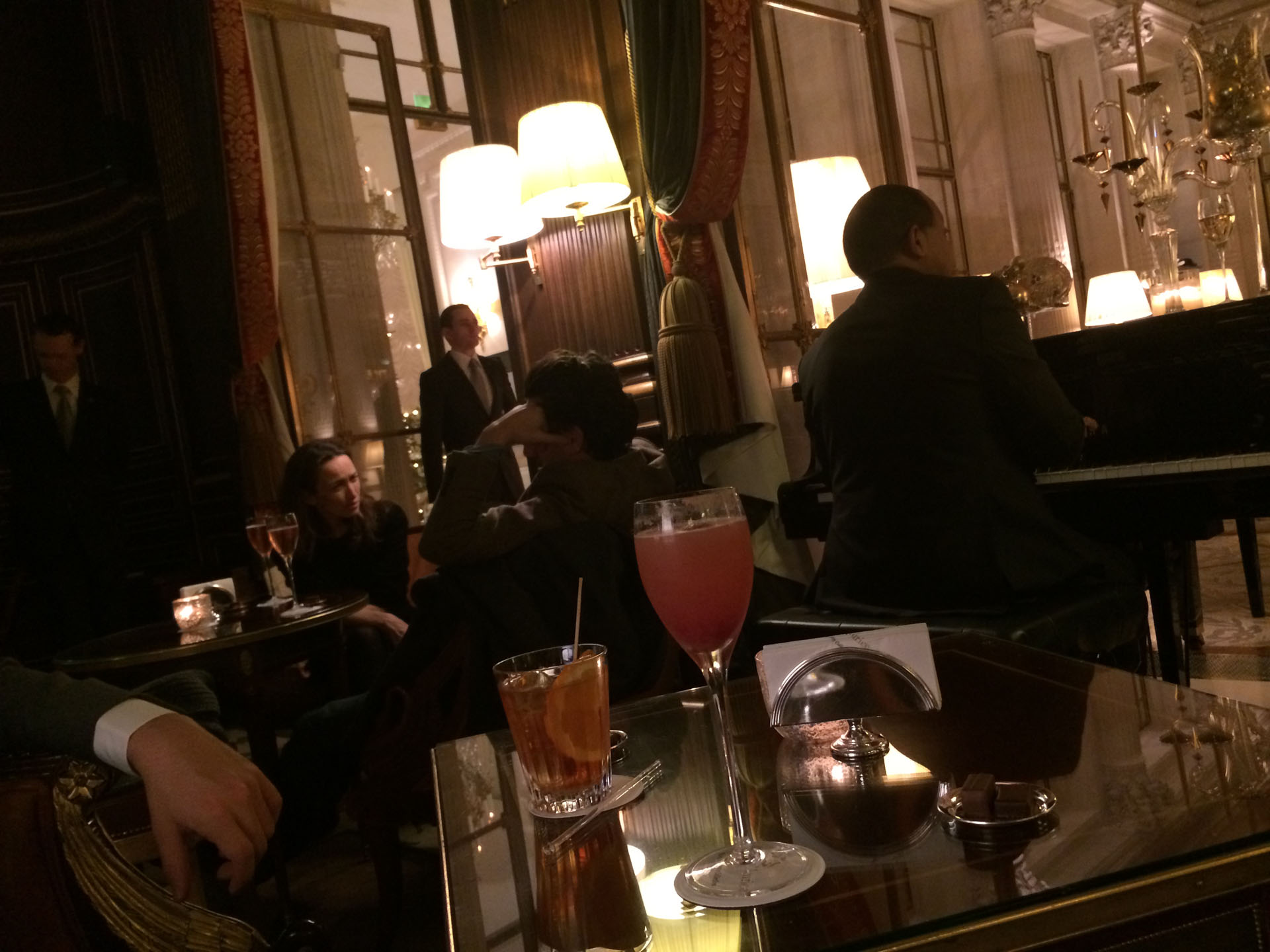 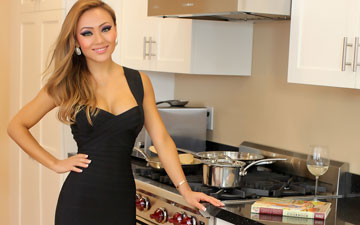 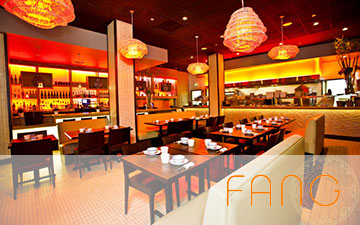