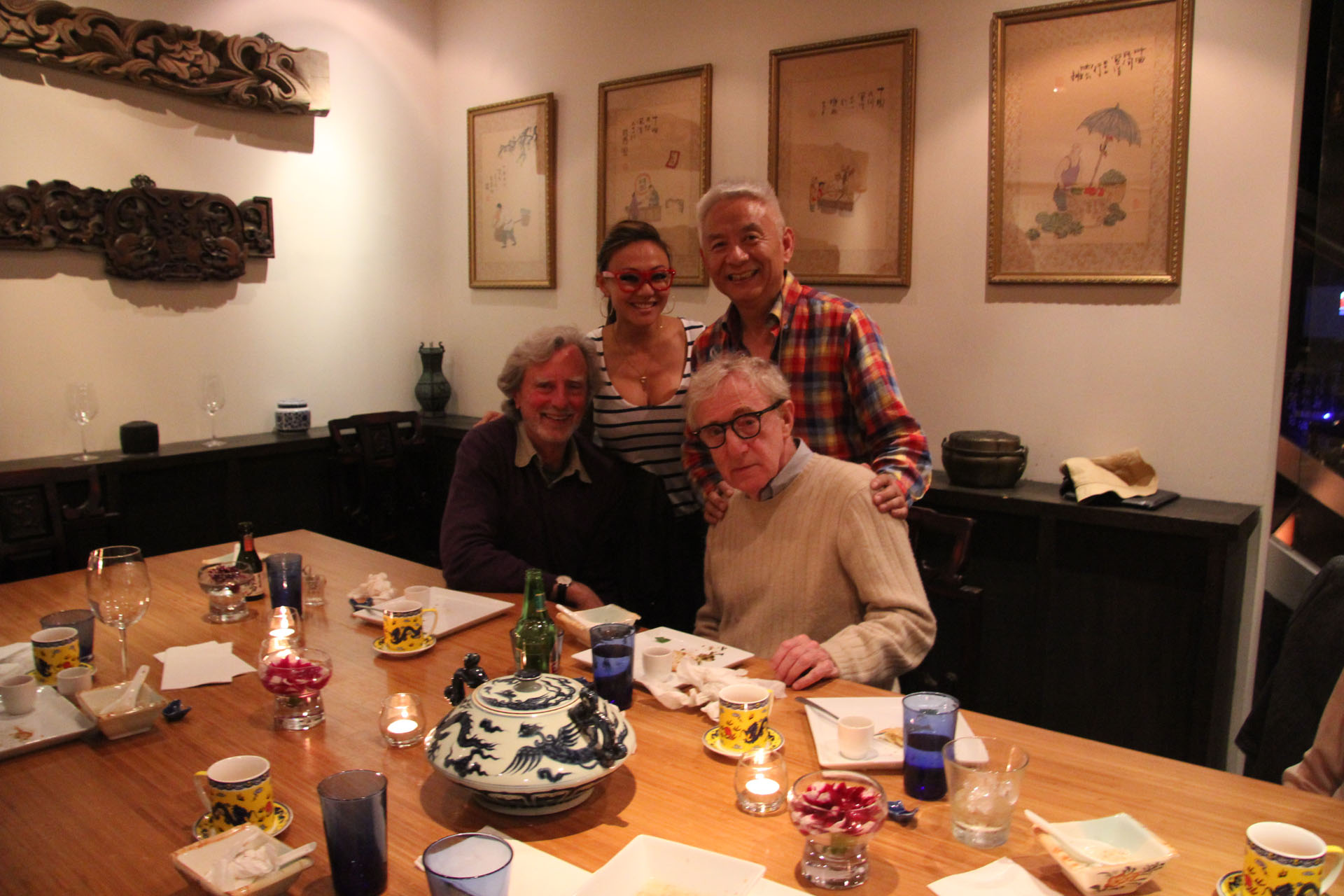 Look who came in for dinner tonight at Fang and had our chef’s menu in the private glass room: Director/actor/screenwriter/comedian and 4 time academy award winner, Woody Allen! In the photo above is Phil Kaufman, Woody Allen, my dad and I.

Thanks to our great long time friend Philip Kaufman and Peter Kaufman for bringing Woody Allen in. Philip Kaufman is also a talented and well renowned director, screenwriter and producer known for many different hits, one of which was The Right Stuff which won 4 Academy Awards out of 8 that was nominated. 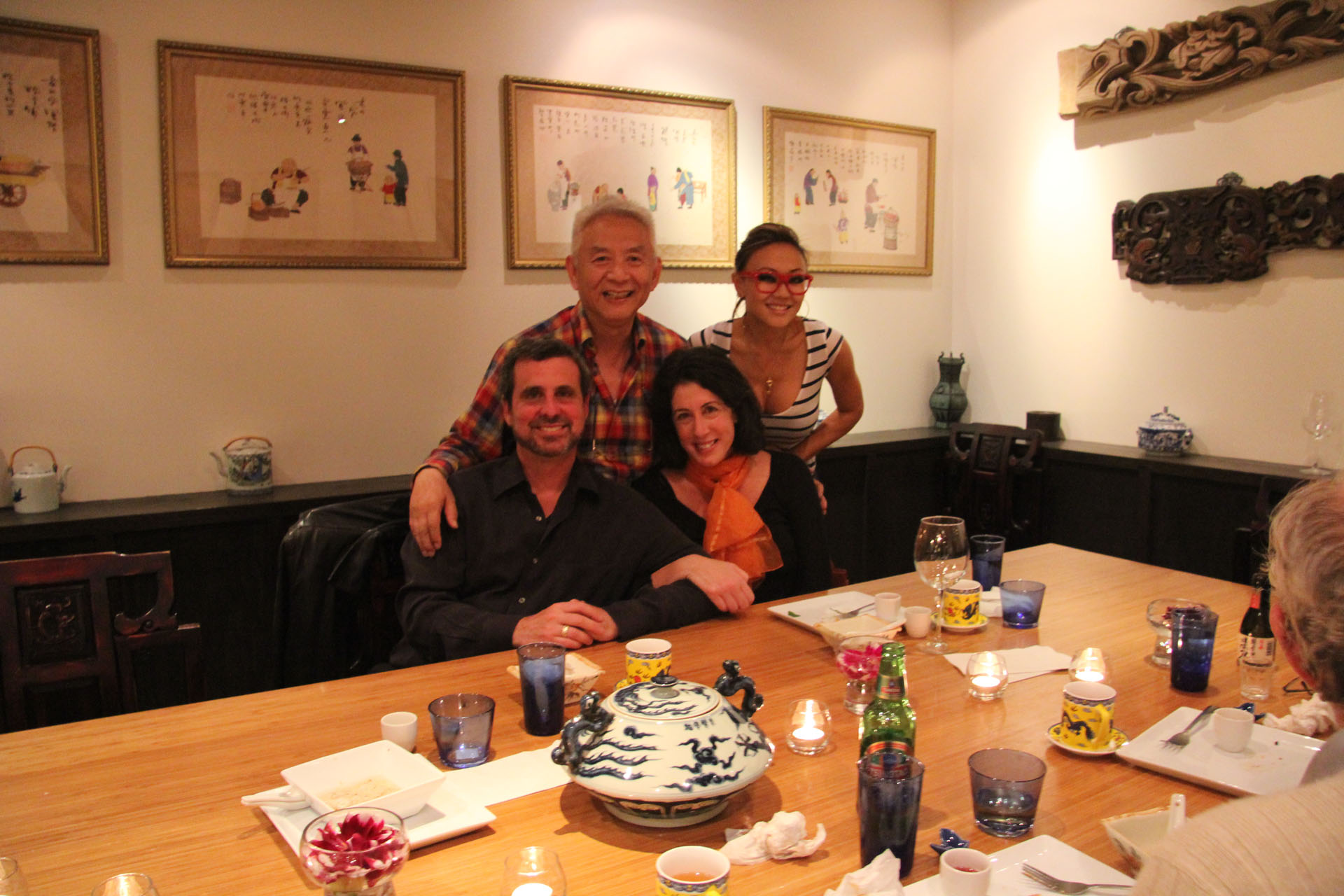 Here is a photo of the lovely Christine Pelosi and Peter Kaufman, Philip’s son who both run a production company in San Francisco that recently directed and produced the HBO film Hemingway and Gelhorn which has been given 15 Emmy nominations.

My father and I are thankful for the business that we are in. We feel so lucky to be able to do something we are so passionate about and be able to meet and come across so many different amazing people in our lives. We are blessed 🙂